Do you want an easy, fast and painless birth?

I can help you, through a proper nutrition, especially during the last trimester.

This book is specifically designed for the last trimester of pregnancy with 20 healthy and easy recipes packed with nutritional benefits to prepare you to achieve your physiological birth goals.

It is divided into three parts:

A specific nutrition during the last trimester is a very important aspect. Why? The body needs certain nutrients to soften and dilate (open) the cervix, to sustain efficient contractions and to minimize postpartum blood loss.

You need to know which nutrients to increase or decrease to prepare for birth. Women lacking these nutrients are more likely to go overdue, endure longer labor, experience more pain or incur complications.

We often talk about Labor Progress. Have you ever heard of it? Do you know what that means?

By progress we mean that a cervical softening and effacement occurs. The contractions remain of a certain intensity and frequency such as to facilitate the descent and birth of the baby. To understand why certain type of nutrients are needed we must also understand which hormones come into play during labor.

Oxytocin, also called the love hormone, helps in the contraction of the uterus, in the maternal bond, the letdown reflex (that makes the milk available to your baby), and to recover after delivery.

The production of prostaglandin also increases during the last weeks of pregnancy. The prostaglandin needs to soften the cervix, allowing it to become more reactive to birth processes. It also has a softening effect on the pelvic ligaments, along with the relaxin, allowing the pelvis to open more effectively during labor.

The pain experienced at the beginning of labor is signaling that the parents needs to find a safe place to birth their baby, a place that is quiet, calm and poses no threat to either parent or baby.

The stress hormones are antagonists of the oxytocin but they are not exclusively negative. They have several benefits to both the parent and the baby:

Also, the pain itself is believed to be the trigger to release endorphins, our internal natural pain-relieving hormones. When people are in an environment where they do not feel safe or have had medications to prevent them feeling any pain at all, they do not release oxytocin and endorphins in the same way.

An environment with soft lights, silence and with people you trust and love, is not the only thing you can do to experience a gentle birth. Nutrition is certainly an important element.

Knowing how hormones work during childbirth, through the inclusion of the right nutrients, we are able, for example, to improve the transport and increase of oxytocin to the receptors of the uterus.

Are you looking for a quick recipe
or a Low Carb snack?

Each recipe contains these useful icons to help you choose.

At the moment the book is only distributed as a bonus in some of the Birth Doula Packages.

The book will soon be available for purchase, contact me if you want to know more.

For now, by subscribing to our newsletter, you can receive a free pdf with the 10 best foods to prepare your body for the best possible birth, and a list of recipes to cook during the last trimester.

Get your Free PDF

You deserve expert guidance through one of the most important times in your life. The Natural Power of Birth honors your desires and respects your wishes, while professionally informing you of all of your options and giving you the emotional support you need. I’m honored to be of service to you and your family.

Let’s talk about how I can help you plan and prepare for the next step on your journey!

The first meeting is always free and there is no obligation. Click here to schedule a complimentary consultation.

With warmth and respect, Tamara

Let’s talk about how I can help you plan and prepare for the next step on your journey! The first meeting is always free and there is no obligation. 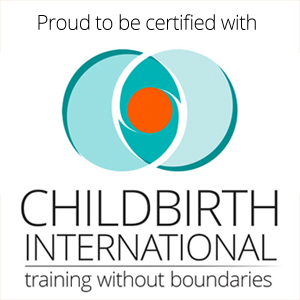